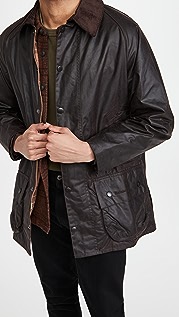 The Perfect Raincoat
I've owned a sage green Barbour Beaufort Wax Cotton raincoat for 20 or so years, and just bought a rustic brown one for my son from East Dane. It's beautiful and I'm sure my son will treasure it for years.
Sizing: True to Size / As Expected
report inappropriate content 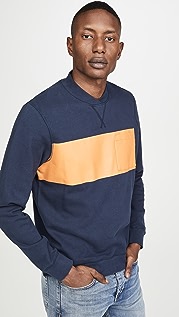 Orange Stripe Stripe is Not Symmetrical
The orange stripe across the front is not symmetrical--meaning it doesn't match both sides. If you look closely at one side of the front, the orange stripe goes underneath the armpit. On the other side the orange stripe stops by the pocket. The photos on the site slightly cover it up, but it looks quite odd when you view the sweatshirt head on in a mirror. I didn't notice this until after I had cut the tags off.
Sizing: Smaller than Expected
report inappropriate content
2 reviews
Feedback received. Thank you! >
Sorry, we are currently unable to report this review. >
See something questionable or offensive? Let us know.
Cancel
Report as inappropriate
© 1999-2022 BOP LLC. All Rights Reserved. Privacy Notice  Conditions of Use
中文版 Shopbop！使用您最熟悉的语言尽享精彩购物体验。
43df5b38-2798-430a-885e-fa02f37bf972 ${_csrf.token}
Oops! You've run out of room for more hearts.
VisitMy

s to clear out your old favorites
and make room for new ones.
close x